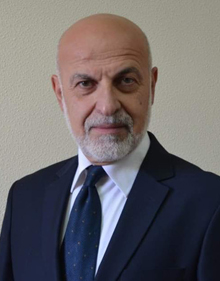 He was Minister of Finance in 2005 and First Deputy Foreign Minister (2005 - 2007). He has served as an Ambassador to Ukraine (1994 - 1998), Ambassador to Russian Federation (2004 - 2005), Secretary General of the Black Sea Economic Cooperation Organization (2000 - 2004) and Secretary General of the Organization for Democracy and Economic Development – GUAM (2007 - 2016). Mr. Chechelashvili has graduated from the Kiev State University, faculty of International Relations and International Law, Department of International Economic Relations (1983) and completed Ph.D. in International Economy (1987).

Mr. Chechelashvili was awarded with a number of medals and orders. He is the author of number of articles on the regional economic cooperation and international relations.