Master’s in Diplomacy graduate who is specialized in qualitative research 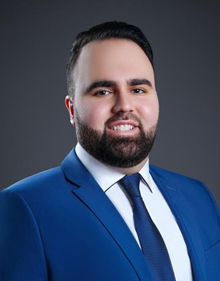 Ahmed Talabani is a master’s in Diplomacy graduate who is specialized in qualitative research. His methods include using the Instruments of National Power amongst others. Ahmed has studied his bachelors in international relations, in the University of Warsaw. He wrote two thesis, the first one is titled: The Iran Nuclear Deal and the rivalry between Iran and Saudi Arabia. The second one is titled: The Blue Diplomacy on Development in the GCC of the period 2000-2020. In addition, he wrote three other papers worthy of publication with one in publication status by Springer. In his journey he is known for excellence, hard work, and perseverance.