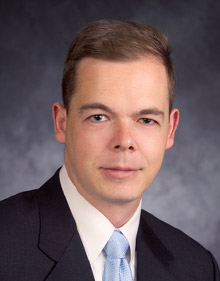 Dr. Schortgen earned his Ph.D. in Political Science (Comparative Politics & International Relations, with a specialization in Asia) from Miami University (2008). He also holds a Certificate of Global Business from Harvard Business School Online (2019), an MBA (with a focus on International Business and Corporate Strategy) from the National University of Singapore (2002), an MA in Asia-Pacific Studies from the University of San Francisco (1999) and a BA in Political Science and History from Miami University (1997) From 2000-2001 he studied at the Chinese University of Hong Kong.

Dr. Schortgen maintains an active research agenda, spanning a diverse and interdisciplinary spectrum and including, but not necessarily limited to, the geopolitics/geostrategy/ geoeconomics and China’s Belt & Road Initiative, emerging U.S.-China technological rivalry; economic warfare and statecraft, the geopolitics of China-Russia relations and China-North Korea relations. His publications include: “Weaponing Globalization: Chinese High-Tech in the Crosshairs of Geopolitics” (in Huawei Goes Global: Made in China for the World, Palgrave Macmillan 2020), “China and the 21st Century Silk Roads: A New Era of Global Economic Leadership?” (China’s One Belt and One Road Initiative: The Changing Rules of Globalization, Palgrave Macmillan 2018), “Geostrategic Economics in the 21st Century: China, America and the Trans-Pacific Partnership” (in Advances in Geoeconomics, Routledge 2017) and “The Political Logic of Economic Backwardness in North Korea” (in North Korean Review, 2017, Vol. 13, No. 2). At the invitation of CAMELOT Management Consultants Middle East DMCC in Dubai (UAE), he also contributed in 2017 to a professional publication titled, “Should the GCC Start to Learn Mandarin: Lessons from the Chinese-African Story?”. Finally, he is a co-editor of two upcoming books -- Achievements and Legacy of the Obama Presidency: “Hope and Change” (Palgrave) and National Role Conceptions in a New Millennium: Defining a Place in a Changing World (Routledge), to which contributed a chapter titled “Taking Center Stage: China’s New Role Assertiveness in the 21st Century International System.”

Prior to his Ph.D. studies, Dr. Schortgen worked for a business consulting firm in Seoul, South Korea from Dec. 2001 to July 2004. A native of the Grand Duchy of Luxembourg (European Union), he is fluent in Luxembourgish, French, German, and English, and has beginner/intermediate knowledge of Chinese, as well as elementary knowledge of Korea